ABOUT US & OUR PHOTOGRAPHY

We consider ourselves to be primarily landscape and travel photographers though we do love all things photography. Since 2006 Peter and Ed have worked together under the banner of ExploreLight to publish and sell their fine art photography. The goal of ExploreLight from inception was to create beautiful images destined for print. To make original art that lives on people’s walls, rather than on hard drives. That was always the intended medium and continues to be the goal of ExploreLight. We hope you enjoy the art within these pages. We hope you can feel the amazing energy we felt when creating this work, the experience of image-making, and maybe some of our work will find its way into your home and inspire you too. 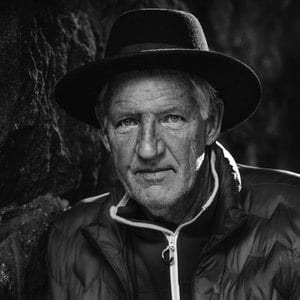 It’s been more than 20 years now since I gave up my day job to immerse myself fully in my photography. All of my images are captured in-camera, single shot or multiple exposures. Post-processing using Joel Tjintjelaar’s ArtisanProX to effect light intensities and tones that allow me to manifest my vision. No image is materially altered by inclusions from other images or removal of material items and apart from selective sharpening and dust spot removal, the image is as seen in the camera. My work has been published in various magazines including  Photo Art International and Outdoor Photographer. I have also undertaken various Numerous radio and TV appearances. Feel free to drop me a line at edgordonphotography@gmail.com and if so inclined register your interest in learning more about fine art black and white and especially the nude in the landscape. 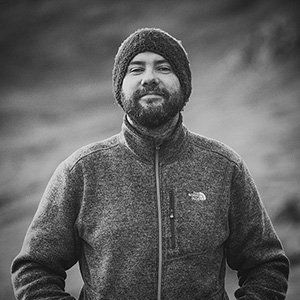 Fine Art Photographer
Peter Gordon is a Dublin based photographic artist. The goal of Peter’s work is to present the viewer with a new visual understanding of time and place. To reinterpret landscape, and place, and capture an energy which can be transmitted to the viewer Since 2007 Peter has exhibited his work in a host of galleries and art shows while also winning numerous awards. In 2011 the Wild Garden project was launched and was covered by all the major media outlets in Ireland including RTE television, the Irish Times, the Irish Independent, the Business Post, and on Moncrief on Newstalk radio. Peter’s work on the Burning Man festival in 2013 was also well received with further domestic and international coverage of the project. Both projects also resulted in book publications. His latest body of work, Dublin Salt launched in 2018. Peter has also won numerous awards for his work including Irish and European Professional Photographer of the Year, as well as first place in the IPA in 2019 and recent success at the International Pano Awards. To see Peter's project-based work check out the link below. See More: https://petergordonphotography.com/galleries/
© Copyright ExploreLight Ltd 2020 | Email: info@explorelight.com
× How can I help you?